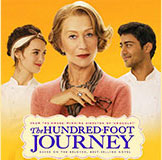 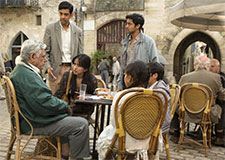 The Film "The Hundred Foot Journey" was shot in Saint Antonin Noble Val in September 2013, it stars Helen Mirren and was directed by Steven Spielberg

Saint Antonin Noble Val - 42km north-east of Montauban, a fine and substantial old town. It sits on the banks of the Aveyron beneath the cliffs of the Gorges of Aveyron. Saint Antonin has the oldest civic building in France and a splendidly unrestored medieval centre. It has endured all the vicissitudes of the old towns of the southwest. Was Cathar, then Protestant and each time was hit by the alien power of the kings from the north. Yet, inspite of all, it recovered its prosperity; manufacturing cloth and leather goods, endowed by its wealthy merchants with a marvellous heritage of medieval houses in all the streets leading out from the lovely place de la Halle. 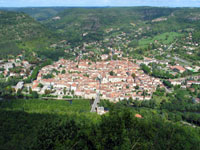 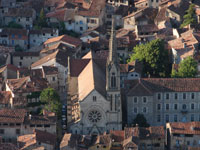 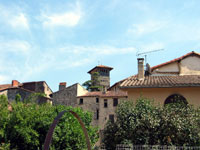 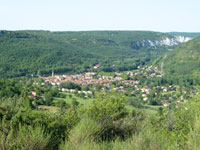 Looking west and east
along the Aveyron Valley
from the hillside above
Saint Antonin Noble Val
< < west , east > > 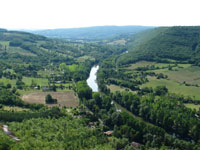 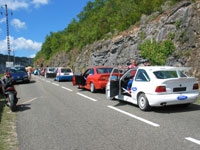 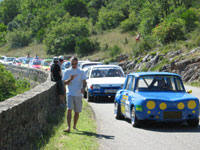 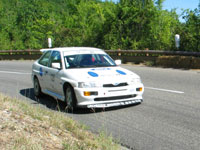 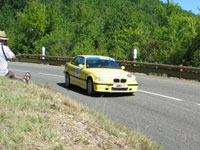 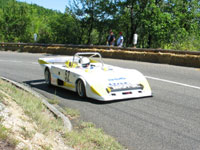 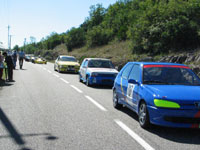 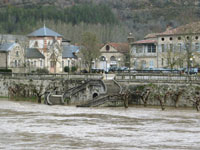 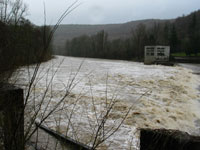 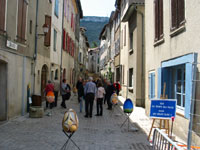 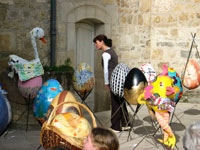 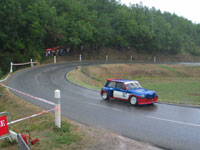 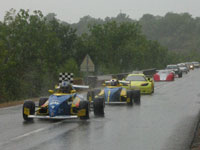 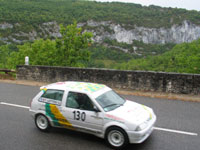